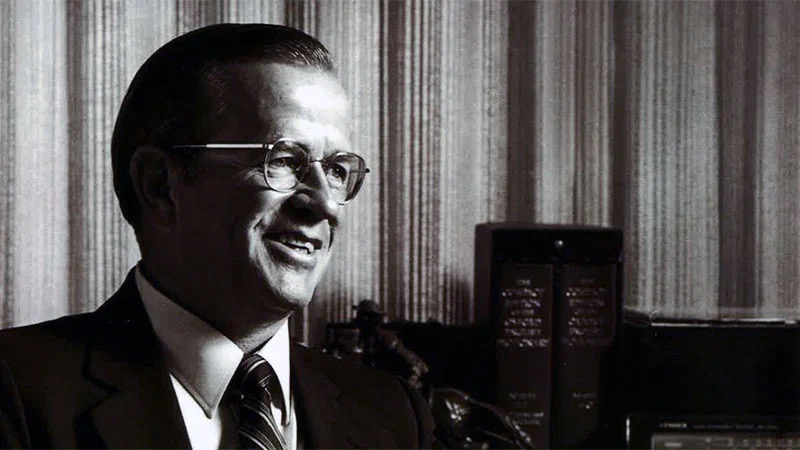 Dee Hock, Visa’s Founder and CEO Emeritus, is not a household name beyond the world of financial services. Yet, in many ways, his impact and influence surpass that of almost any other leader in the last half century.

The list of visionaries who have the ability to look beyond the horizon and imagine a world that doesn’t yet exist is extremely short. Shorter still is the list of those who can weave a concept into reality like Dee did with Visa.

His passing this past weekend at age 93 at his home in Olympia, Washington, is a tremendous loss — a loss that is felt by everyone who works at Visa and our partner clients.

Dee would be the first to admit that he didn’t invent the credit card. He did, however, apply a combination of vision, drive and no small amount of brinkmanship to forge an organization that has changed the way the world pays over the course of the last 60 years.

When he gathered a hand-picked group of bankers to a hotel in Sausalito in 1969, the task ahead of him seemed all but impossible. Dee was charged with redefining the struggling BankAmericard program that was sinking under the weight of fraud and bad debts. Dee wasn’t content with simply turning around BankAmericard; he was wired to think and act bigger and bolder.

“I just had a mental habit from years of debating in high school and college to dig deeper into things, to try to get at the essence of them and not the bells and whistles. So, I started saying: "What is a bank, and what is money?"

For those who worked for or with Dee, he could be charming, brilliant, and mercurial — often in the same interaction. More than another system, network or company, Dee considered cash to be his most potent and intransigent rival. He envisioned a world of frictionless commerce where anyone, anywhere could exchange value “24 hours a day, seven days a week, with absolute reliability…and that it would transcend language, culture, currency.”

He could also be fiercely competitive. When he heard that another payment network was developing a computerized authorization, clearing and settlement system at the same time as National BankAmericard Inc,1 he pushed his team to launch VisaNet in 1973, ensuring Visa would be the first organization to fully digitize card transactions at the point of sale. He also had an innate faith in his employees. When the time came to create a new name in 1976, he turned to his internal team, via a contest, to surface Visa, what has since become an iconic brand.

Dee left Visa in 1984 to pursue other endeavors but retained a keen interest in the organization he founded. As the years passed, he spent more time with his family and, in particular, his beloved wife, Ferol, who died in 2018.

For those of us who work at Visa, Dee Hock’s legacy lives on in the work we pursue every day to extend secure digital payments across the world. Our purpose today — to be the best way to pay and be paid for everyone, everywhere — draws a straight line to the bold philosophy he put forth decades ago in Northern California. 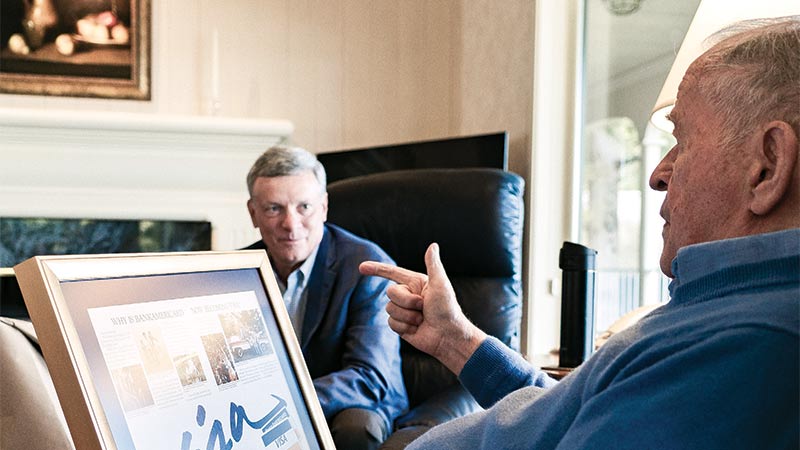 I called Dee shortly after being named Visa’s CEO in 2016. That call forged a relationship I have treasured. One highlight was a full day visit to Dee’s home in Olympia, Washington about 4 years ago. We talked about payments, family, life and leadership, and Dee demonstrated a great passion and curiosity about every subject. He was a very product of the company he founded, and, at the same time, was humble. At Visa, we stand on the shoulders of those who came before us, and Dee had wide shoulders.

Dee will be greatly missed by everyone at Visa. It is only fitting to end this post with a reflection of Dee’s life in his own words.

“I've had a wonderful life. How many people do you know who've had that kind of a crazy dream, a seemingly impossible dream, and yet lived to see it come into being, see it come to fruition, see it come to maturity, see it go on beyond me, light years beyond me?”